Opportunities Blockchain can create for funds 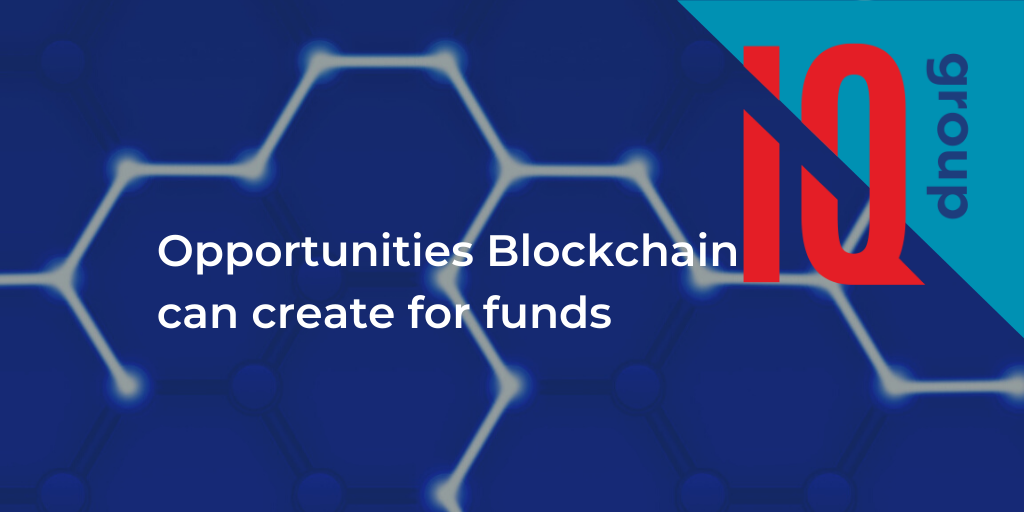 The application of Blockchain and Distributed Ledger Technology (DLT) in Superannuation.

Blockchain is a shared or distributed ledger technology (DLT). The digital information “blocks” are distributed in a “chain” across a network of computers, rather than at a single source.  When a block stores new data it is added to the chain.

Transactions on the blockchain network are approved by a network of thousands or even millions of computers and cannot be altered once they are made part of blockchain. Almost all human involvement in the verification process is removed, reducing the possibility of human error and the records are more accurate. An advantage of blockchain is that if a single computer on the network contains an error, the error would only be within one copy of the chain.

Blockchain is an example of a DLT, however not all DLTs are blockchains.  Distributed ledger technology is currently at the forefront of some of the most significant financial market innovation in Australia.

Why use Blockchain in Superannuation?

Several potential benefits of blockchain and DLT identified for the financial services sector include:

Investments have a high volume of transactions requiring data to be verified by multiple parties.  By using a distributed ledger, trades can happen faster, more efficiently and more cost effectively. Currently stock trading can take three days or more for the settlement and clearing process.  This results in money and shares to be frozen during that time.  ASIC is closely monitoring the transition in Australian market infrastructure taking place right now as the Australian Securities Exchange (ASX) implements a new DLT-based clearing and settlement system.

Current superannuation ledger systems are often siloed and can contain multiple versions of the ‘same’ data.  Blockchain can reduce the complexity of data and number of interfaces.  It also enables transaction approval on the blockchain network with almost no human involvement in the verification process, reducing the possibility of human error.

Blockchain can reduce the complexity of data and the number of interfaces so the administrative operations have the potential to be faster, more accurate and transparent.  The introduction of blockchain can also supersede numerous existing superannuation ledgers, allowing organisations to consolidate their systems.

Anti-money laundering (AML) and know your customer (KYC) practices are also potential areas that may gain significant benefit through the introduction of distributed ledger technology.  Currently, financial institutions must perform a multi-step process for each new customer. KYC costs can be reduced, and efficiency improved through cross-institution client verification.  This will also allow for increased monitoring and more effective analysis.

Superannuation fraud is one of the main categories of fraud perpetrated in Australia.  The ability to verify identity for financial transactions is key, and distributed ledgers offer enhanced methods for proving identity, as well as the possibility of digitising personal documents.

Cyber-attack, fraud and compromised data risks are significantly reduced when a ledger is distributed across multiple parties. Successful falsifying of records requires falsifying the entire chain – a near impossible task.

Why hasn’t DLT progressed further in the industry?

As noted above, Australia’s $3.0 trillion (at the end of the December 2019) superannuation system has potentially a lot to gain from adopting distributed ledger technologies (DLT).  While much of the industry is well advanced in their consideration of DLT, there is some uncertainty regarding how to best apply blockchain applications to realise benefits.

In a speech at the China Financial Summit 2019, ASIC Commissioner Cathie Armour stated that the Australian government is demonstrating “ its strong support for the development of a varied and sustainable fintech sector in Australia.”  The Commissioner also noted that the Senate established a Select Committee on Financial Technology and Regulatory Technology which will inquire into:

When the report is released towards the end of the year, we will have a clearer understanding of how the government and the sector may approach these opportunities.  Adoption has not completely stalled however, and ASIC is closely monitoring ASX’s transition to a DLT clearing and settlement system.

The Regulator’s focus, regardless of the technology solution, “remains to ensure the Australian financial markets retain their integrity, resilience, and robustness, and operate fairly and effectively”.  In the meantime, funds, administrators and trustees will have the opportunity to explore numerous options blockchain technology offers, which may deliver benefits for their organisations and members. Blockchain technology is certainly a growing area. It will be interesting to see how Blockchain progresses into the future across multiple industries and how the superannuation industry might use it.

If you have any questions about Blockchain, please contact IQ Group at: info@iqgroup.com.au.