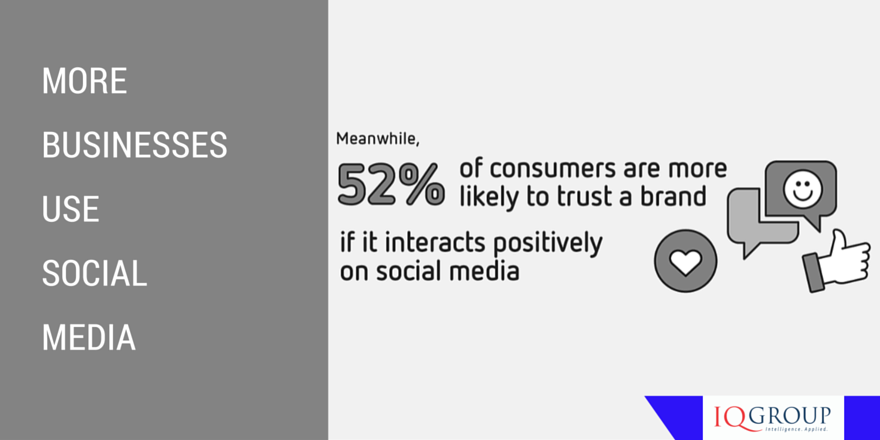 This year’s Sensis Social Media Report 2016 has recently been released and we always like to take a look at it to track the growth of the digital world. We hear about digital and are advised to be ready for its impact, there are multiple stories about building a digital presence and footprint – but when do you know that the time is right to ‘be digital’. Well folks the time has come. Not only are Australian consumers more engaged with social media more than ever, their frequency of social media use has increased.

Over 75 per cent of Australians are now on social media and spend 12.5 hours per week on Facebook alone. Over the past three years we have in all reality only experienced a 6 per cent increase in the number of Australians that use social media, however the frequency and how they use it has changed remarkably. More of us use it as a connection tool with half checking it daily, 25 per cent checking it more than five times a day. And just under half of us check it first thing each morning and this figure is rising.

And if you were wondering how to engage with consumers as a brand or a business then this next figure is interesting – nearly everyone uses social media at home and 28 per cent of users felt more connected to a television program when they discussed the program on social media.

According to Sensis: “This should be a wake-up call for businesses that aren’t yet on social media – this is where your customers are, and this is where you can engage with them. This is especially pertinent considering frequency of access is increasing, with most consumers accessing social media sites every day or multiple times per day.”

So let’s take a look at this year’s statistics:

This year’s Sensis Social Media Report 2016 also provides guidance for business to better understand their target prior to entering or increasing their presence in social media. Smartphones now outrank online in engagement, so there is no point only focusing on an online presence when the statistics are giving you a free kick to make sure you have a ‘mobile first’ mentality.

This also goes for content. It needs to be relevant and have value for the audience for both organic and paid.

There is one thing that we can all agree on – digital has well and truly arrived. 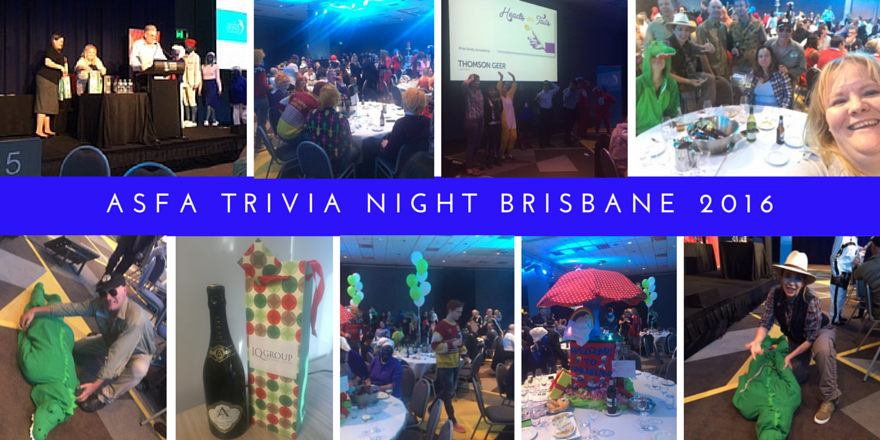 Only a few years into our history in Queensland we are a proud partner of the annual ASFA Trivia Night. Great job to the well dressed tables and overall winner, Sunsuper. See you all next year! 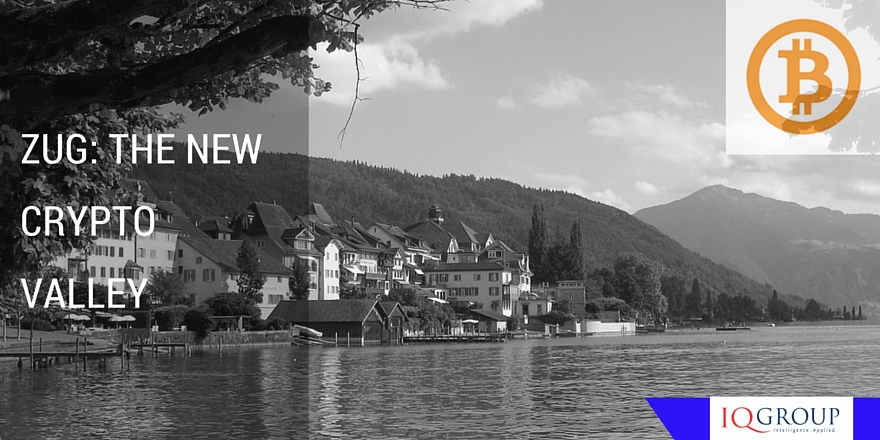 From 1 July this year the small Swiss Canton of Zug will begin a world first trial in the use of bitcoin. For six months its citizens will be able to pay for public services with bitcoin. With a more relaxed attitude towards money, Zug has built an interesting industry around finance – now taking it into the digital age.

As a city Zug punches above its weight on the global stage. And here’s why. With 27,000 inhabitants and around 27,000 companies on its commercial register, it also offers one of the world’s lowest tax regimes. About 3% of the world’s petrol is traded, either as crude oil or refined product, through Zug and the neighbouring town of Baar. According to media reports ‘Few of the world’s cars, clocks or computers would work without the metals that are bought and sold here’.

The area has created a home for Monetas, Ethereum, Sapphire Innovation, and many more digital innovators.

Bitcoin.com shared its explanation of these three influential companies:

So how will the trial work?

The town’s residents will be allowed to use up to 200 Francs worth of Bitcoin for various public services, through 2016. After the trial period expires the town council will conduct an analysis to find out the benefits and costs of the programme, and will ultimately determine whether the programme should continue. If the programme gets extended other urban services could be included and the 200-Franc limit scrapped.

The Mayor of Zug is fully supporting meeting the needs of entrepreneurs. Dolfi Muller gets it right when he says – “We want to express our openness to new technologies…Our goal is to meet their [fintech entrepreneurs] needs for optimal development in our thriving environment.”

So it makes for an interesting digital innovation experiment. In fact the Canton of Zug is is building the world’s most glamorous fintech and cryptocurrency hub and many of the worlds innovators are carefully watching how this trial will roll out. 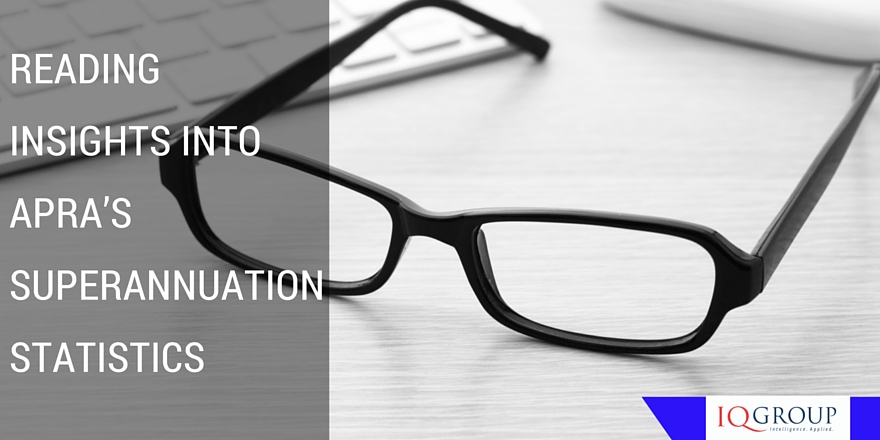 With the new framework now in place since 2013, APRA’s superannuation reporting framework is starting to reveal some interesting information about our industry. APRA is now publishing more extensive statistics on a quarterly basis, and they released their report for the March 2016 quarter recently.

There are a few trends apparent in the report, and it’s worth making some comments on them.

Key statistics for the superannuation industry as at 31 March 2016:

Key statistics for entities with more than four members for the year ended 31 March 2016:

Despite a small fall in superannuation assets over the past year, there was still $2 trillion in superannuation at the end of March. In large measure, this is because of negative returns; funds with more than four members returned -1.5%pa.

Much performance commentary focuses on a comparison between the different segments, but the market share of the different sectors is quite stable. 42% of assets are in not-for-profit funds (industry, public sector and corporate), and 29% in both retail funds and SMSFs; with 70% of contributions going to not-for-profits and 30% to retail.

Not-for-profit funds have continued to deliver higher long-term returns but it will be interesting to see if this trend continues – the removal of commissions from super, the financial advice reforms (FoFA) and the ongoing implementation of MySuper might result in some convergence.

The slow transition to MySuper

By 1 July next year, all pre-MySuper accounts have to be moved to another super account, such as a MySuper account. Even though this transfer process has been underway since 2013, there is still $43 billion of super still to be transferred. This is over 2% of all the money in super. While some of these products deliver high fees, there are also some tricky admin issues to be addressed, and it will be interesting to see if these can be resolved in time.

The rising levels of benefit payments, and the risks of being cash flow negative

An interesting and emerging trend is the growth in super benefit payments. While $104 billion of contributions were received in the past year, there were also $64 billion of payments. The level of payments has been steadily increasing in recent years, with an increase of around 50% having been reported in the past 5 years. Some super funds are already cash flow negative, and if, as likely, this trend continues, there will be soon be a majority of super funds in this situation. This has significant implications for both individual funds and the system as a whole.

A careful reading of the statistics certainly provides interesting insights into emerging trends and issues faced by the industry! 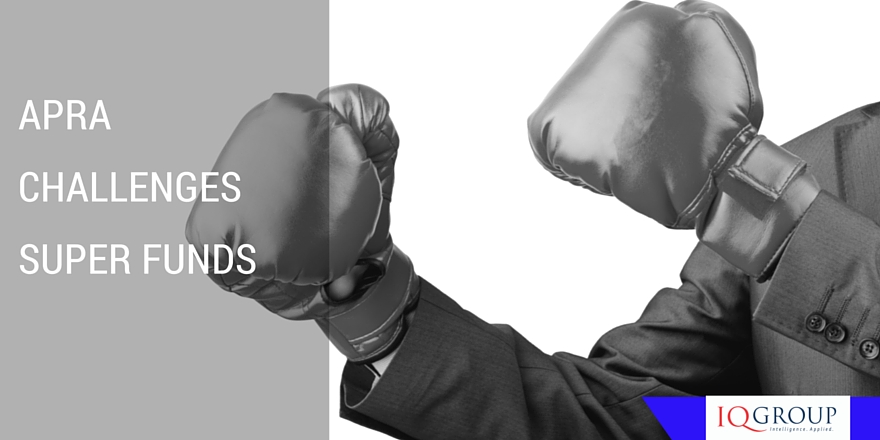 The superannuation regulator, APRA, has signaled that it is going to be taking a potentially tougher stance with super funds over the next year, challenging the superannuation industry to lift its game. APRA has recently commented that it is observing an environment where a big gap is opening up between large super funds and the rest, and all funds should be able to demonstrate they are able to meet the challenge of future growth.

The new divide in super is as much between big and small funds, as it has been between retail and industry funds.

The key themes from APRA are that super funds need stronger, more proactive strategic and business planning processes, increased capacity to understand and analyse their operations, and stronger overall governance – and that some funds will be better able to do this than others.

These are not just abstract observations but are highly likely to be key drivers in APRA’s engagement with super funds, and will result in changes to the structure and operations of the industry at both an individual and an industry level.

In both a recent speech from the APRA Deputy Chair, Helen Rowell, and in their submission to the Productivity Commission inquiry into the efficiency and competitiveness of superannuation, APRA has underlined their concerns about net contribution flows, and weaknesses that prevent funds being able to serve their members well.

While noting that net contribution flows remain position at an industry level, almost half (45%) of APRA-regulated super funds had a net outflow rate exceeding 100% in 2014/2015. Not surprisingly, they are concerned that being cash-low negative can have potentially significant implications for the future strategy and viability of super funds in this situation.

This trend is being driven by the increasing number and values of member accounts for over 50’s – 29% now compared with 22% ten years ago. These members hold 63% of benefits. This trend is set to continue.

As well as being associated with increased benefit payments, older members also mean that funds have to include post-retirement products as an increasingly important part of their business models.

APRA is explicitly calling on funds to ensure they do not have weak planning and monitoring processes, as these would not serve members nor address these issues well.

Strong planning frameworks need effective ways of monitoring performance against plans and processes to undertake remedial action. Behind all of this however is a need for quality, detailed and analysable data. New data reporting requirements since 2013 have meant that super funds are highly likely to be in a better position to actively review their data as part of their strategic and business planning and monitoring.

For funds, this has always been important. The change here is that it is now fundamental to better use data and technology to position your fund for the future.