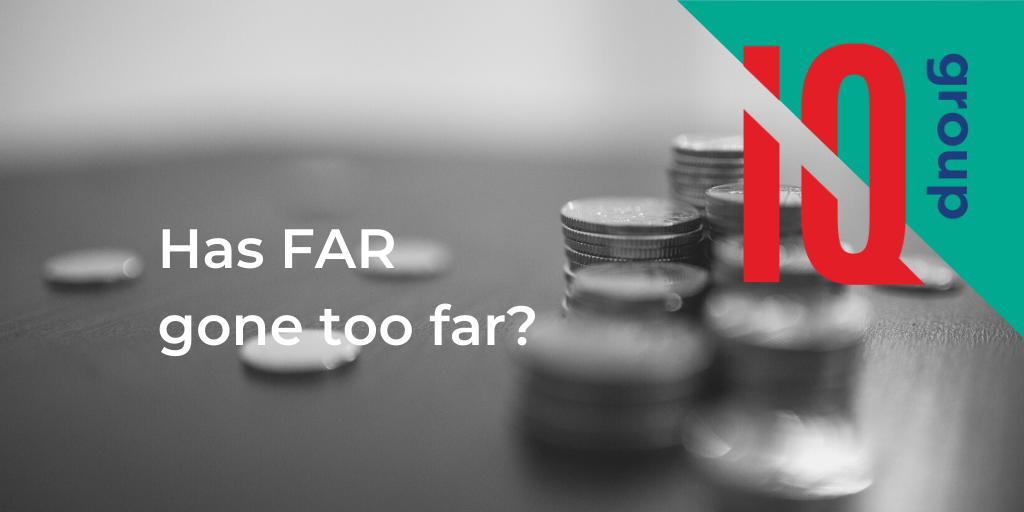 Overall, it’s hard to argue that the Financial Services Industry doesn’t need more accountability. Several of the major findings out of the Royal Commission regarded the professional misconduct of individuals, which can be hard to detect let alone regulate.

BEAR (Bank Executive Accountability Regime) has been in place for a time now, so it makes sense for FAR to come into play. That said, FAR is not only more sweeping, it also has some strengthened effects that some of us might consider going a bit far.

FAR is all about lifting standards of behaviour for executives across financial services – extending BEAR to superannuation and insurance – by making nominated Accountable Persons personally accountable for the activities of their company for which they are responsible. Their responsibilities will have to be identified, with these and any breaches reported to APRA.  Penalties will apply at an individual and corporate level, including circumstances where things haven’t been done.

Increased accountability and transparency are a good thing but there’s been little consideration about the impact on people who may not be as senior – or as well paid – as executives in banks.

Firstly, it’s important to realise that one of the reasons FAR is stronger than BEAR is because of the difficulty of ASIC historically experienced getting convictions for misconduct in the current regulatory environment. Many companies under investigation in the past have been slow to comply in providing requested information or provide poor information upon request. However, an obligation that requires individuals (in addition to entities) to be “cooperative” to FAR allows ASIC to find fault without understanding why a person may not be cooperating.

ASIC can find fault based on perceived cooperation prior to even examining any evidence of misconduct. Thus, a lack of cooperation with someone accusing you of wrongdoing becomes a crime in and of itself, and a regulator who finds no misconduct whatsoever can still charge someone, potentially doing significant harm in the process.

This sort of regulation is banned in many democratic countries due to how they undermine due process. For example, the United States’ Fifth Amendment is a constitutional right that protects an individual from being forced to incriminate themselves and ensures that people are found guilty of actual crimes. These protections prevent the historical use of duress to extract information and confessions because, in practice, this type of power fosters “witch hunts” and abusive regulation. It would hard to argue an individual would not feel extreme fear and duress if ASIC suggested they are not being “cooperative enough” and that in itself is enough to find them guilty of not meeting their obligations whether they’ve done anything wrong or not.

Also, at least with BEAR it’s clear who your executives are, and the people targeted for BEAR were quite specific. FAR has definitions based on job function as to what an ‘accountable executive’ looks like across eleven spheres, including Human Resources. It’s entirely possible in smaller companies that people may be in a position of obligation without knowing it, particularly if their company is negligent in identifying them or telling them that they’ve been identified. With a company unable to provide professional liability insurance for these members, there’s a great deal of individual risk in taking these roles that people may be unprepared for.

While a lot of this has to do with how FAR is implemented – which we really don’t have a strong precedent for as BEAR itself is only a couple of years old – it seems reasonable to assume that the Financial Services Industry will see talent walking away and these roles becoming far more costly to fill.

The impact of this is magnified by the higher penalties proposed for FAR. Maximum penalties could be the greater of either $10.5m or the benefit derived (or detriment avoided) by the entity because of the contravention multiplied by three (where this can be determined by the court); or 10% of the annual turnover of the company (capped at $525m or 2.5m penalty units).   What’s more, it’s suggested that companies will be limited in their capacity to insure their accountable persons against breaches of FAR.