Bitcoin and Blockchain – Japan Forges Ahead 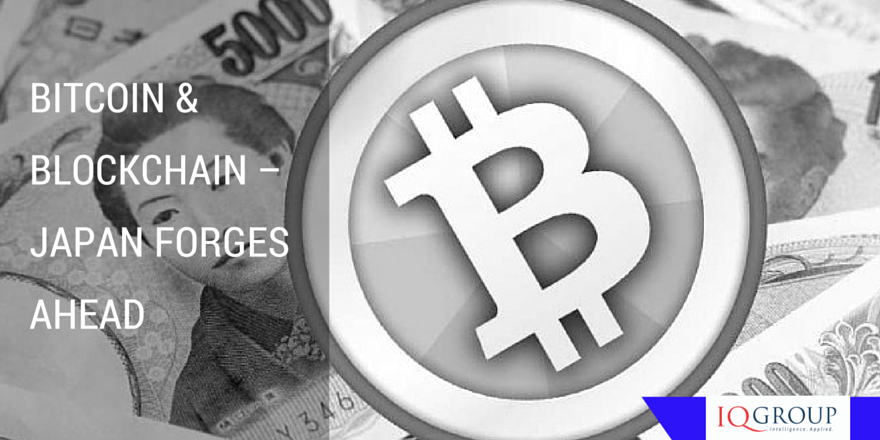 Recently we took a look at what is happening around the region and what Asia Pacific countries are doing with bitcoin and blockchain. So whilst Australia debates whether or not either digital crypto currency or distributed ledger style blockchains will disrupt markets, other countries are roaring ahead with pilots and implementations.

With so much debate today around digital innovation and disruption it’s interesting to see what our regional neighbours are up to. This week we take a look at Japan.

Characterised by ‘bitcoin fever‘ Japan is experiencing a considerable investment in both bitcoin and blockchain technologies. The Japanese blockchain firm TechBureau has raised $6.5 million USD from firms including OKWave, Nippon Technology, Arara, Hiroshima Venture Capital, FISCO and Money Partner’s Group for globalization plans. The company’s bitcoin exchange, Zaif hit record bitcoin trading volumes in March and in May Japan recorded the world’s second highest volume of BTC trades. The company plans to expand its permissioned blockchain startup Mijin to enterprise everywhere. Its goal is to enable ‘financial institutions to reduce infrastructure costs by up to 1000% by 2018.” Currently Japan has the most active Bitcoin ATMs in Asia – with 13 ATMs focused solely on bitcoin currency.

Japan also has two consortiums for blockchain – Blockchain Collaborative Consortium (BCC) which consists of 34 companies working together to establish industry standards, plus the Japan Blockchain Association. The organization is also made up of industry innovators and leaders from a broad range of Japanese businesses.

But Japanese startups and established bitcoin businesses continue to blossom. And if you are wondering what the so-what factor is here, consider this. The bitcoin operator Coincheck has helped facilitate cryptocurrency for the entertainment offerings for 19 million users for entertainment firm DMM. And the largest question and answer platform OKWave has over 40 million users that can use bitcoin services on the platform, with a bitcoin wallet fully integrated into the site’s user interface.

At the rate of growth it is experiencing, Japan is actively competing to become a leader in cryptocurrency and blockchain technology solutions – going head to head with China, the US and countries within the EU. We have already seen a bitcoin for the people pilot in Zug Switzerland and expect many more to follow.

And in Australia? We will take a look at what is happening or not shortly.